Bernie Sanders laces into critics of Biden’s student loan forgiveness plan: ‘The answer is maybe to create a government that works for all people’ 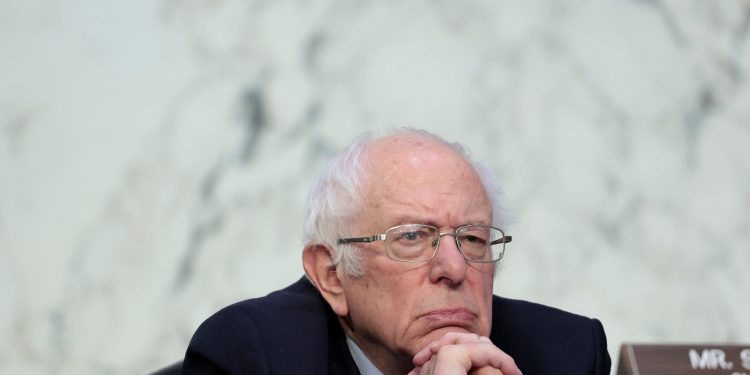 During an interview on ABC’s “This Week” on Sunday, host George Stephanopoulos asked Sanders about his reaction to his colleagues’ concerns.

“Well, the truth is, in a sense that criticism is correct but the answer is not to deny help to people who cannot deal with these horrendous student debts, who were delaying getting married, delaying even having children,” Sanders responded. “The answer is that maybe, just maybe, we want to have a government that works for all working people and not just the people on top.”

He continued: “So, the answer, I think, is to say, yes, if you are a working person right now, you’re worried about what happens to you when you are retiring. Well, maybe we should demand that the wealthiest people in this country start paying their fair share of taxes so we can expand Social Security, improve the benefits and protect those workers.”

“Maybe we should raise the minimum wage to a living wage for lower-income workers.”

Last week, the White House said that they would cancel $10,000 for borrowers who make under $125,000 annually. Additionally, Biden said he would wipe out $20,000 for those who received Pell Grants.

“As someone who’s paying off my own family’s student loans, I know the costs of higher education are too high,”  Ryan said on Wednesday.  “And while there’s no doubt that a college education should be about opening opportunities, waiving debt for those already on a trajectory to financial security sends the wrong message to the millions of Ohioans without a degree working just as hard to make ends meet.”

Sanders, however, said people being burdened with debt is part of a larger socioeconomic issue in the country.

“So the answer is not to do what Republicans want to do is, like, “Oh, it’s unfair to this person because we’re helping that person,” Sanders said. “The answer is maybe to create a government that works for all people and not just for wealthy campaign contributors.”