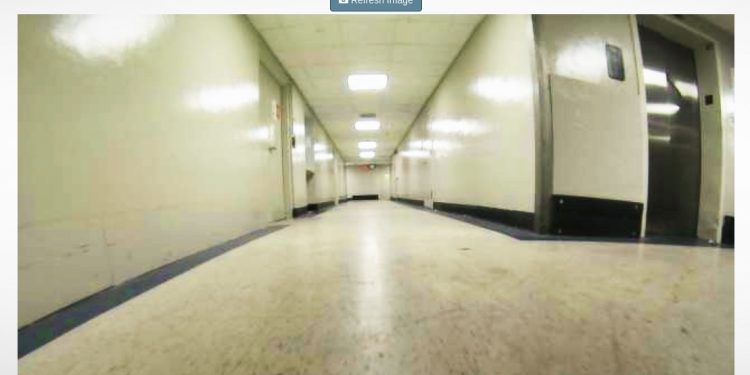 A decade ago security researcher Barnaby Jack famously wirelessly hacked a hospital insulin pump live on stage in front of hundreds of people to demonstrate how easily it could be compromised to deliver a lethal dose of medication. In the years that have passed, medical device security has gotten better, albeit with an occasional high-profile hiccup. But researchers are now finding vulnerabilities in newer hospital technologies that weren’t as ubiquitous a decade ago.

Enter autonomous hospital robots, the supposed-to-be-friendly self-controlled digital workhorses that can transport medications, bed linens, food, medications and laboratory specimens across a hospital campus. These robots, such as the ones built by robot maker Aethon, are equipped with the space to transport critical goods and security access to enter restricted parts of the hospital and ride elevators, all while cutting labor costs.

But researchers at Cynerio, a cybersecurity startup focused on securing hospital and healthcare systems, discovered a set of five never-before-seen vulnerabilities in Aethon robots, which they say allowed malicious hackers to remotely hijack and control these autonomous robots — and in some cases over the internet.

The five vulnerabilities, which Cynerio collectively call JekyllBot:5, aren’t with the robots themselves but with the base servers that are used to communicate with and control the robots that traverse the hallways of the hospitals and hotels. The bugs range from allowing hackers to create new users with high-level access in order to then log in and remotely control the robots and access restricted areas, snoop on patients or guests using the robot’s in-built cameras, or otherwise cause mayhem.

Asher Brass, the lead researcher on the Aethon vulnerabilities, warned that the flaws required a “very low skill set for exploitation.”

A screenshot from one of the cameras on an Aethon TUG robot. Image Credits: Cynerio

Cynerio said the base servers have a web interface that could be accessed from inside the hospital’s network, allowing “guest” users to view real-time robot camera feeds and their upcoming schedules and tasks for the day without needing a password. But although the robots’ functionality were protected by an “admin” account, the researchers said the vulnerabilities in the web interface could have allowed a hacker to interact with the robots without needing an admin password to log in.

One of the five bugs, the researchers said, exposed robots to remote control using a joystick-style controller in the web interface, while exploiting another one of the bugs to interact with door locks, call and ride elevators, and open and close medication drawers.

For the most part, the potential risk is limited if access to the robots’ base servers are confined to the local network, limiting access only to logged-in employees. The researchers said the risk was far greater for the hospitals, hotels or any other place that use these robots that have a base server connected to the internet, since the vulnerabilities can be triggered from anywhere on the internet.

Cynerio said they found evidence of internet-exposed robots in hospitals as well as facilities providing care to veterans. Aethon touts its robots in hundreds of hospitals around the world, many in the United States, accounting for thousands of robots.

The bugs were fixed in a batch of software and firmware updates released by Aethon, after Cynerio alerted the company to the issues. Aethon is said to have restricted internet-exposed servers to isolate the robots from potential remote attacks, and fixed other web-related vulnerabilities that affected the base station.

In a statement given to TechCrunch, CEO of ST Engineering Aethon, Peter Seiff, confirmed the vulnerabilities but declined to answer our questions, such as what percentage of its customers’ autonomous robots had been patched following the software update.