As Amazon and Starbucks workers notch major union wins, UBS says we’re in a labor environment ‘not seen for decades’ 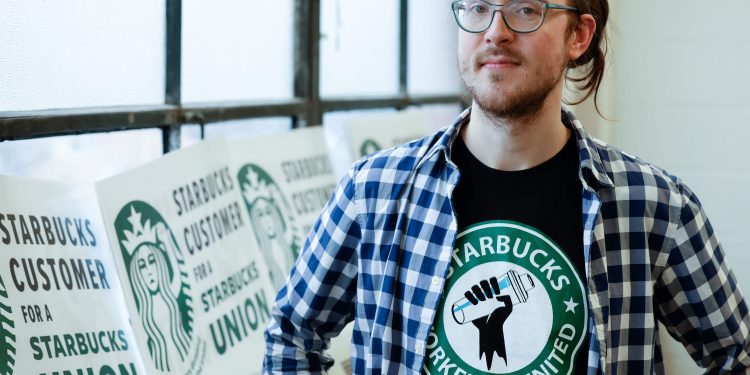 Business leaders are taking notice of the growing union movement.

In a Thursday note, a UBS research team led by Lloyd Walmsley broke down the state of the labor market and what might come next, calling it “an environment that has not been seen for decades.”

While UBS says it’s “too early to declare pro unionization a trend,” the note follows high-profile wins at a Staten Island Amazon warehouse, and at least four Starbucks locations where workers are unanimously winning votes to unionize.

In 2021, union membership was still low — but pro-union sentiment was at highs unseen since 1965, per Gallup polling. UBS listed three reasons for this new labor environment.

The first is a short supply of labor. While economic recovery from the pandemic slump has been robust, the country is still 1.6 million jobs below February 2020 levels, according to the Bureau of Labor Statistics. Some workers may just never come back, or wait on the sidelines until conditions are right for them.

UBS also notes a “post-COVID” willingness by workers to simply just walk out and leave their jobs — “emboldening workers who are less concerned with losing their jobs.” Indeed, over 4 million workers have quit every month for nine months straight.

Of course, as UBS notes, there are still constraints on unions — and a potential dent in business is still far off.

“Unions lack the resources and infrastructure to fight back against” large companies, UBS writes. As Axios reported on Thursday, some advocates worry that “Big Labor” — longstanding labor groups that are at the forefront of policy — aren’t rising to the current swelling moment.

Companies “may drag out negotiations until workers become unhappy with the lack of progress.” They said that that’s a strategy Starbucks may employee, and that 5 to 10 times more stores would have to unionize for a “critical mass in direct negotiating power.” Even so, there’s “momentum” in the organizing drive.