Apple’s buy-now-pay-later rival to AfterPay. A lawyer who helps victims of predatory lending says Apple could use the data it has on you to push reckless spending. 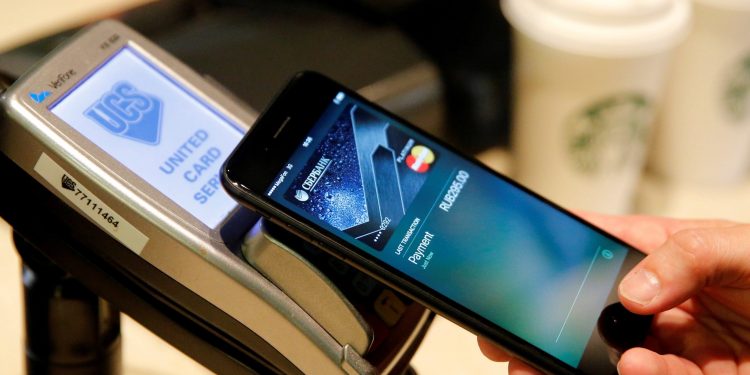 Apple is the latest entrant to the buy-now-pay-later market, but unlike rivals such as Klarna or AfterPay it already holds huge amounts of information about how its customers spend their money.

On Monday, Apple CEO Tim Cook announced that its new service, Apple Pay Later, was now available on Apple Wallets in the US. Overnight, buy now, pay later – which enables users to spread out payments for large purchases over several periods – went from being a buzzy fintech idea to a product easily accessible to anyone with an iPhone.

Apple is going all in on fintech, by not just by offering the service on the Wallet App, but by bringing credit checks on new users and loan decisions in-house with its new subsidiary, Apple Financing Inc, according to Bloomberg.

Even the CEO of Apple’s new rival, buy-now-pay-later startup Affirm, praised the move as a way of bringing the practice into the mainstream, tweeting after the news that buy now, pay later was becoming “the new norm.”

That’s what the sector wants, especially as it faces turbulent waters — just last month, the buy-now-pay-later darling of Europe’s fintech scene, Klarna, laid off 10% of its staff. It’s also attractive to retailers, because if the pricetag consumers see can be broken into smaller payments, they might be more willing to add more to their carts.

But it’s not necessarily good news for the consumer. Nadine Chabrier, a senior counsel at the Center for Responsible Lending who has counseled consumers in debt collection and predatory lending cases, is raising alarm bells. Apple could potentially use the vast troves of data it holds, from where you shop to your resting heart rate, to engage in microtargeted advertising for BNPL, Chabrier warned.

Apple did not respond to Insider’s request for comment. Its announcement of Apple Pay Later said that it would do credit checks on consumers to ensure they would be able to repay any loans and wouldn’t charge late fees on missed payments.

Apple holds a ‘tremendous’ amount of data on you

Chabrier is concerned about Apple’s capacity to conduct “surveillance marketing.” That’s when it uses the data it has to direct customers to products similar to those they’ve bought before or that could be potentially attractive, based on the user’s data profile.

“Apple has a tremendous amount of data on every person who has an iPhone, and they could leverage that to increase spending through Buy Now, Pay Later. And we found through the research that people aren’t really aware of that, and it can be a really insidious way of increasing spending,” Chabrier said.

Regulators finally have started to take note of the risks. In December, the U.S. Consumer Financial Protection Bureau launched a probe into buy-now-pay-later apps, in part to investigate their impact on consumers’ debt accumulation. “One of the ways that buy-now-pay-later lenders market to merchants is that it increases the cart size. So certainly, Apple would have the power to really dramatically increase spending, if it uses the data that it has,” Chabrier added.

That’s why she says regulation over both buy-now-pay-later services and data monetization is “more urgent than ever.”

Generation Z and people of color are particularly at risk

Although buy-now-pay-later apps are typically used for the rare expensive purchase of a concert ticket or a new laptop, many Americans who live paycheck to paycheck use the service for essential spending.

And buy now, pay later is growing in popularity. In three years, it’s expected to make up 12% of all ecommerce purchases, according to a report by market research firm Kaleido Intelligence.

Generation Z consumers in particular have been racking up debt through such services, which enable reckless spending above one’s means, according to an SFGATE report. The marketing strategies of buy-now-pay-later startups will often mimic the glossy minimalism of a Silicon Valley startup.

“Some of the marketing materials I’ve seen from buy now, pay later are targeted towards younger and younger consumers, people of color, Black and Latino consumers,” Chabrier said.