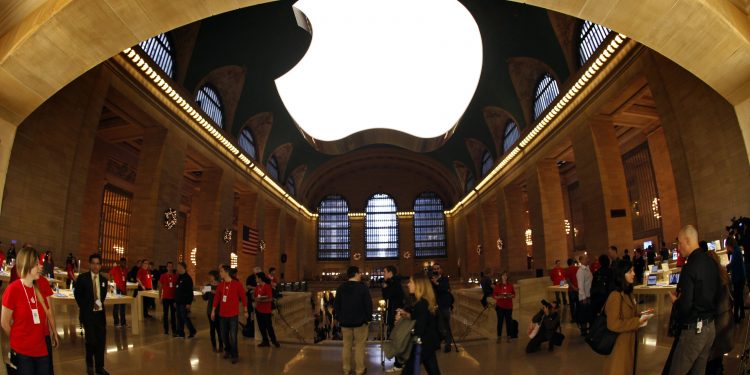 Apple Store employees attempting to form a union at the company’s flagship Grand Central Terminal location in New York City want the tech giant to pay workers at least $30 per hour. According to CNBC, the group leading the effort, Fruit Stand Workers United, made the request on Monday in an update posted to its website.

“For pay, we seek a minimum $30 for all workers, built up on a matrix based on role, tenure and performance,” the group said. “For benefits, we seek more robust changes, like increased tuition reimbursement, faster accrued and more vacation time, and better retirement options, including higher match rates for 401(k) and enrollment into pension plans.”

According to TheWashington Post, the first outlet to report on the Grand Central Terminal unionization effort, Apple pays retail employees between $17 and up to $30 per hour, depending on their role, experience and location. “We are fortunate to have incredible retail team members and we deeply value everything they bring to Apple,” the company said. “We are pleased to offer very strong compensation and benefits for full time and part time employees, including health care, tuition reimbursement, new parental leave, paid family leave, annual stock grants and many other benefits.”

Organizers with Fruit Stand Workers United recently began collecting signatures from their co-workers. If at least 30 percent of the approximately 270 eligible employees at the store express interest in forming a union, the group can file with the National Labor Relations Board to hold an election. At least three other stores are attempting to form a union, according to The Post.

At the start of the year, Apple announced it would offer additional benefits to all of its US retail employees. As of April 4th, the company’s expanded benefits include increased vacation and sick days, paid parental leave and more. Like many other retailers throughout the pandemic, Apple has had a time tough hiring and retaining frontline workers. Over that same period, the company’s retail employees have complained of difficult working conditions, including issues with low pay, stressful workloads due to staffing shortages and poor morale.