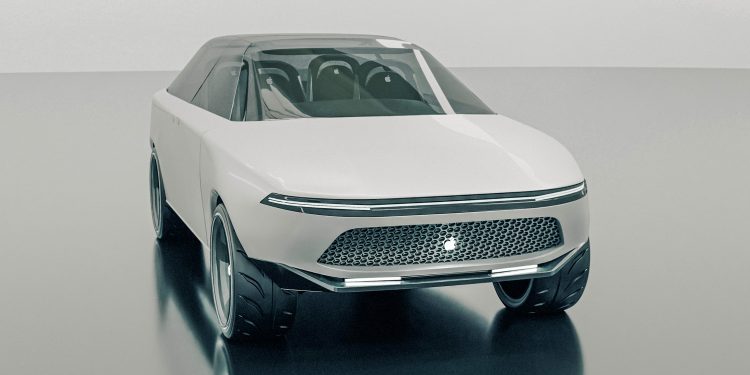 In January 2020, a man who identified himself as an Apple parts manager informed Japanese auto supplier Sanden that Apple wanted to make electric vehicles, and presented schematics of an electric vehicle and air conditioner parts, according to Nikkei Asia.

Apple Car concept by Vanarama based on patents filed by Apple
Sanden is a leading manufacturer of air conditioner parts for vehicles, and Apple and Sanden went on to discuss specific parts requirements, the report claims. However, due to financial struggles worsened by the COVID-19 pandemic, Sanden filed for debt restructuring with its creditors in June 2020 and the Apple Car talks apparently faded.

While the report does not provide any further details about the talks between the two companies, it lends further credence to Apple’s long-rumored electric vehicle ambitions.

In November 2021, Bloomberg’s Mark Gurman reported that Apple was accelerating its work on the project and aiming for an electric vehicle with full self-driving capabilities. Gurman said Apple was aiming for release by 2025, but the project has allegedly faced numerous setbacks over the years, so a launch timeframe is not certain.Related Roundup: Apple CarTag: nikkei.comRelated Forum: Apple, Inc and Tech Industry
This article, “Apple Car Schematics Reportedly Presented to Japanese Auto Parts Maker in 2020” first appeared on MacRumors.com