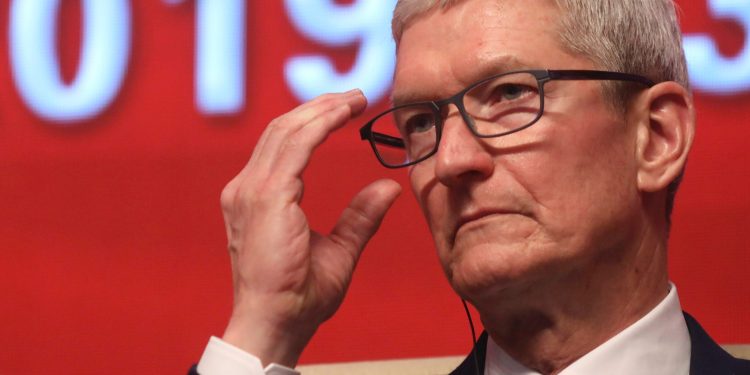 Apple and Facebook parent company Meta are fighting once again.

Apple and Meta have been arguing about the cut taken from digital platforms for months — part of a years-long feud between Apple CEO Tim Cook and Meta CEO Mark Zuckerberg.

On its App Store, Apple takes a 30% cut from sales. That includes sales within apps, which impacts Meta’s bottom line across the family of apps it operates (Facebook, Instagram, and WhatsApp).

Meta has repeatedly pushed back on this policy, and even supported a lawsuit from “Fortnite” maker Epic Games against Apple that sought to end it. Zuckerberg himself reportedly said the policy, “allows Apple to charge monopoly rents” on app maker revenues.

Now, Meta is imposing its own fees on the sales of digital goods on its platform — as much as 47.5% in some cases — and Apple is calling it out.

“Meta has repeatedly taken aim at Apple for charging developers a 30% commission for in-app purchases in the App Store,” Apple representative Fred Sainz told MarketWatch. “Meta seeks to charge those same creators significantly more than any other platform.”

Notably, Meta is charging separate fees for revenue generated on its virtual reality headset, the Meta Quest, and within its metaverse platform, Horizon Worlds.

Meta’s virtual reality headset, which was formerly known as the Oculus Quest 2 and is now known as the Meta Quest.

Meta representative Kamran Mumtaz told Insider the company charges a 30% fee on its virtual reality Quest storefront because it needs to “offset the cost of our Quest devices at retail” — Meta is making up for the headset’s price by charging developers a fee for the goods they sell.

The Meta Quest headset has a suggested retail price of $299.

“Our approach is to grow the market for VR by shipping affordable devices, and this revenue is critical to maintaining an accessible headset retail price,” Mumtaz said.

Meta CTO Andrew “Boz” Bosworth echoed that sentiment in a series of tweets.

“Apple takes 30% of software and a significant margin on their devices,” he said this week. “They’ve capitalized on their market power to favor their own business interests, which comes at great expense to developers.”

At the heart of the argument is a disagreement that Apple’s Cook and Meta’s Zuckerberg have repeatedly clashed on over the years: Cook disagrees with the foundational business model of Meta, which trades free access to popular services like Facebook and Instagram for user data that’s used to sell targeted advertising.

Got a tip? Contact Insider senior correspondent Ben Gilbert via email (bgilbert@insider.com), or Twitter DM (@realbengilbert). We can keep sources anonymous. Use a non-work device to reach out. PR pitches by email only, please.