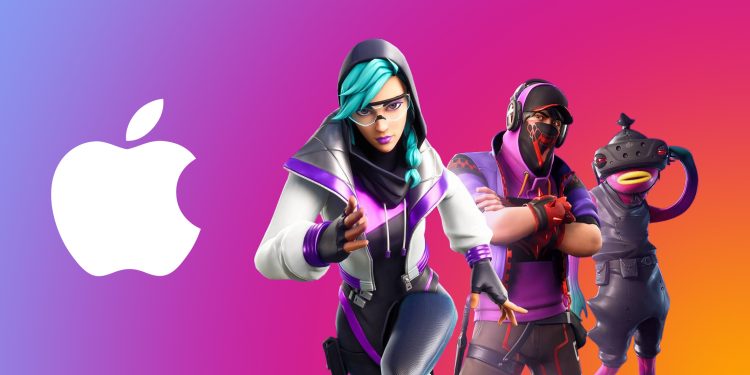 Apple today submitted its final filing in the ongoing Apple v. Epic legal battle, which is playing out in the United States Court of Appeals for the Ninth Circuit. Both Apple and Epic Games chose to appeal the original ruling as neither company was satisfied with the outcome.

Throughout the appeal, Apple has maintained that ‌Epic Games‌ lost the initial trial because of a flawed argument and “unprecedented” and “unfounded” accusations of anticompetitive conduct, not a legal error. In today’s cross-appeal, Apple continues to argue against the injunction that would require Apple to make App Store changes to allow developers to use outside payment methods.

Apple claims that it was an “unprecedented result” that was handed down despite the fact that Epic was unable to prove irreparable harm from Apple’s anti-steering rules that prevented it from directing customers to alternate payment methods.

Epic introduced no evidence below that it ever suffered injury-in-fact from the anti-steering provisions, and it cites none on appeal. Having failed to prove such harm–before, during, or after litigation–Epic never had standing to sue under the [California Unfair Competition Law].

Apple goes on to point out that ‌Epic Games‌ in fact no longer meets the legal requirement of “standing” because it is not an iOS developer and cannot be impacted by a Guideline that applies to iOS developers.

Back when ‌Epic Games‌ first violated the ‌App Store‌ rules by implementing alternate payment methods in Fortnite, Apple suspended its developer account, and has not since reinstated it. Apple has said that it has no plans to allow Fortnite back on the ‌App Store‌ while the legal dispute is ongoing.

Apple suggests that the injunction that was handed down as part of the original ruling goes too far because it applies to all developers when it should not. Epic was the sole plaintiff in the case, and there was no class action lawsuit. “The trial involved Epic alone, without a shred of evidence about consumers or other (non-subscription) developers, whose interests have been or are being pursued in separate class actions,” Apple writes in the lawsuit.

Following the briefs submitted by Apple and ‌Epic Games‌, the court will set a date to hear arguments. Apple has said that it expects a decision to come by summer 2023 at the earliest, so there is still some time to go before the legal dispute is settled.

Apple’s full cross-appeal brief can be read on Scribd for those who are interested.Tags: Epic Games, Fortnite, Epic Games vs. Apple
This article, “Apple Argues to Get App Store Injunction Thrown Out in Epic v. Apple Appeal” first appeared on MacRumors.com