An airport in Florida wants to build a luxury RV park on spare land, report says 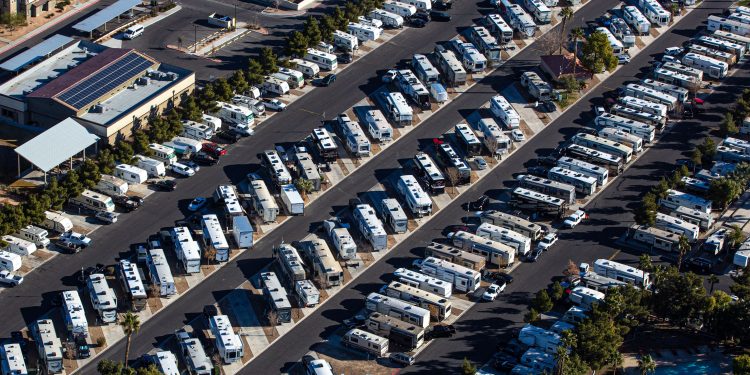 An airport in Florida is considering converting spare land into a luxury RV park to cater for wealthy visitors to the area and diversify its revenue streams.

The news was first reported by local newspaper the Ocala StarBanner.

Ocala international airport has won approval from its local council to move forward with the proposal to create a luxury RV park. It is thought to be the first such development at an airport.

A road would separate the park from the parking lot and golf carts would be used to reach the RVs park. If the development goes ahead it will occupy 64 acres of land at the airport.

The airport’s director, Matt Grow, says Ocala City Council approved the letter of intent on Tuesday, giving 90 days to negotiate the final lease with a developer.

“We’re excited as the development will help diversify where revenue comes from and make it more resilient,” he told Insider.

However, approval must also be granted by the Federal Aviation Administration before a lease can be signed.

Grow came up with the idea after seeing reports of luxury RV parks proliferating across Florida.

The community has a strong equestrian industry and traveling shows that pass through for several weeks a year, he says, with many wealthy visitors coming in million-dollar luxury RVs.

“The site spurs RV interest and we think we can capitalize on that by dedicating airport property to an RV park,” Grow said.

Ocala is home to the World Equestrian Centre, the largest equestrian facility in the US, which runs horse shows and exhibitions.