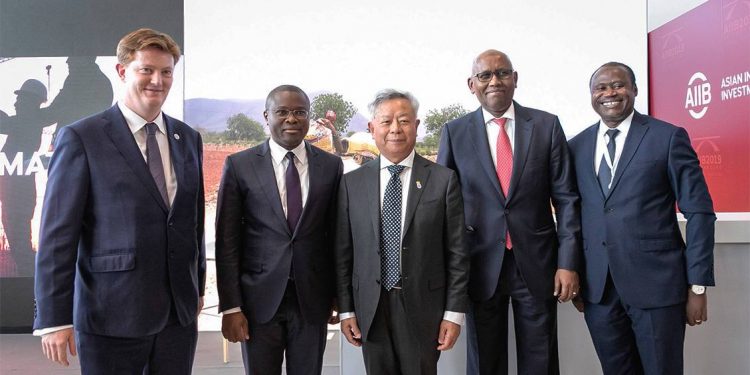 Jin Liqun, president of the Asian Infrastructure Investment Bank, said he wants AIIB to become the bank that connects Asia to the world as it marked a total of 100 approved memberships during the past weekend.

The AIIB Board of Governors approved on Saturday the applications of three African countries — Benin, Djibouti and Rwanda — at the bank’s annual meeting in Luxembourg. This would bring the total number of AIIB members to 100, including 70 whose memberships have been ratified by their parliaments.

“AIIB members collectively account for 78 percent of the world’s population and 63 percent of global GDP. With the backing of all of our members, we are building a lean, clean and green institution that can help to support their sustainable development,” Jin said.

Finance Minister Liu Kun said at the meeting on Saturday that he hopes the AIIB will give play to its own advantage as a multilateral development bank to link its strategy with the development blueprints of its members, the Belt and Road Initiative and the Connecting Europe and Asia Strategy of the European Union.
BUSINESS

“China, an AIIB shareholder and a country that hosts AIIB’s head office, will continue to support the bank’s development,” Liu said.

Liu suggested that AIIB come up with an overall strategy based on previous operating experiences to guide its further development, its features, new trends of global growth and the diversified requirements of members.