Abortion-ban ‘trigger laws’ with ‘very broad language about when life begins’ could disrupt fertility care at a time when rates are declining, experts say 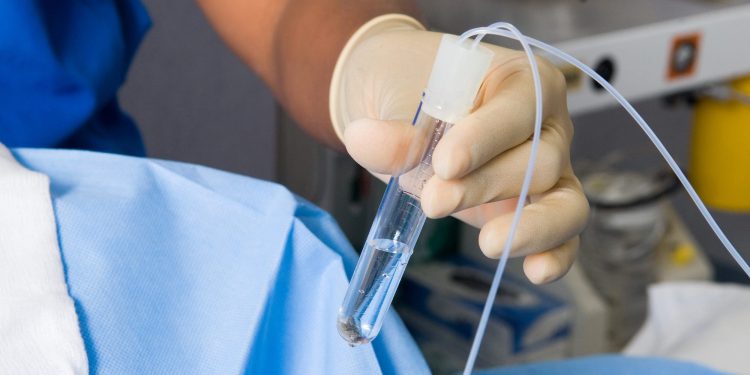 Eggs are collected from female patients during surgery, which is carried out under general anaesthetic.

A potential reversal of  Roe v. Wade has raised concern for experts in the fertility industry. Some worry language in “trigger laws” across several states could limit access to assisted reproductive services.

The Supreme Court is expected to rule next month on Dobbs v. Jackson Women’s Health Organization.  A leaked draft opinion shows the conservative majority may overturn the 1973 landmark decision that made abortion accessible before 24 weeks.

Once overturned, “trigger laws” would immediately outlaw abortions that would take effect. At least six states have also introduced bills that would ban abortions on the basis of fetal “personhood.” Advocates are concerned that in legislation where “personhood” is defined at conception, there isn’t a clear distinction between embryos that are discarded in the case of abortion and those that are discarded at fertility clinics during the in vitro fertilization (IVF process). Physicians in such instances could be charged.

“Some of the language in the … laws that have been attempted to be introduced are certainly broad enough to at least raise the question of whether they might limit or prevent the use of IVF,”  Cathy Sakimura, the deputy director and family law director at the National Center for Lesbian Rights told Insider.

Traci Keen, the CEO of Mate Fertility, told Insider the legislation could impact everyone’s ability to reproduce, as fertility rates are expected to continue to decline, meaning more people could need assistance to reproduce.

Birth rates and fertility rates have been steadily declining for the past eight years, as Business Insider’s Hillary Hoffower previously reported. While the trend is bringing the US in line with high-income countries, the fertility rate in the US is below the replacement rate — producing as many births each year as deaths — of 2.1 births per woman. Experts have predicted the decline could lead to a delayed baby boom.

Dr. Heather Huddleston, a reproductive endocrinologist at the Bixby Center for Global Reproductive Health at the University of California, San Francisco, told Insider that during IVF, a number of eggs would be fertilized in an effort to create multiple embryos because physicians know not all eggs fertilized outside the womb may become viable.

“We want to be able to sort of pick the one that we think has the best chance or give someone multiple attempts at becoming pregnant,” Huddleston told Insider.

She said because IVF is “predicated on this notion of producing excess embryos beyond” what will be transferred to parents, we’d likely see fertility clinics leave states that enact a protected status for those embryos.

“Although most laws are not targeted at IVF  right now, some of them do contain very broad language about when life begins that potentially could impact the use of IVF because it involves the creation of embryos outside of the body,” Sakimura told Insider.

Huddleston said that could mean people travel out of state for IVF and that would put an additional burden on fertility clinics to accommodate more patients.

She added that the legislation may create a unique issue for lawmakers as they try to balance laws prohibiting the destruction of embryos in cases of abortion and how they handle fertility care.

“When push comes to shove will those states really want to have laws on the books that make fertility treatment really difficult in their states. It’s interesting to watch whether they’re going to stick to their guns and say, ‘No, you can’t destroy any life past the point of fertilization,'” she said.

Keen said she’s concerned by some of the language in trigger laws that misuse medical terminology.

“Not to be overly inflammatory, but I think the people making these laws have a fundamental misunderstanding of biology itself, which makes me have an even greater level of concern for the ancillary effects over overturning,” Roe v. Wade, Keen said.

Cathryn Oakley, of the Human Rights Campaign, told Insider that while overturning Roe v. Wade may be seen as an abortion issue, the unintended consequences would prohibit the creation of life for those who want to have a child of their own. Oakley said it’s not just women who invest lots of time, money, and energy into IVF and surrogacy, but gay men and others who can’t reproduce on their own.