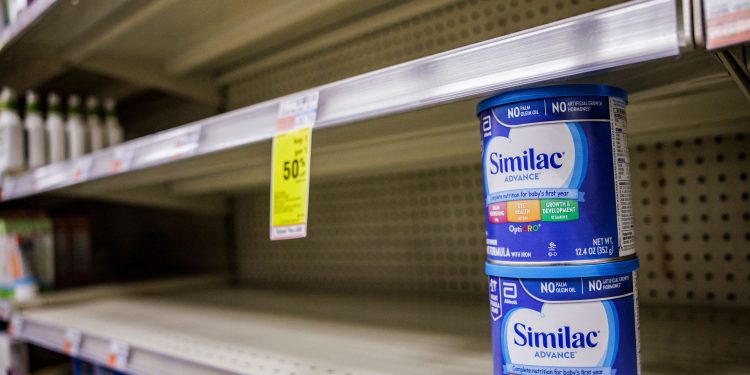 Empty shelves intended for baby formula at a store in Washington DC in May 2022.

Abbott Nutrition has restarted production at the Sturgis, Michigan baby formula factory that was previously shut down due to contamination, contributing to a nationwide shortage of formula.

“We will ramp production as quickly as we can while meeting all requirements,” Abbott said in a statement, per the Associated Press.

The Abbott Nutrition plant shut down in February following complaints of illness in infants who consumed formula products manufactured there, two of whom later died. The illnesses were linked to the environmental bacteria, cronobacter sakazakii.

On Saturday, Abbott said it will start by prioritizing the production of its EleCare specialty formulas used for infants with allergies and digestive issues, per the AP.

Abbott, the largest infant formula manufacturer in the US, said it will take approximately three weeks for products to hit store shelves.

In May, the Biden administration announced a series of regulatory moves to get baby formula onto store shelves more quickly, pushing agencies to import more baby formula from abroad and directing the Federal Trade Commission to crack down on profiteering.

According to the Food and Drug Administration, the Sturgis formula production plant had a leaky roof, broken equipment, condensation, and unsanitary surfaces. FDA Commissioner Robert Califf said the plant was “egregiously unsanitary” and allowed bacteria to spread, though the agency was not able to link the infections in the infants directly to the plant.

This is a developing story. Please check back for updates.