A woman found an ancient silver penis. It is 3 cm long and has been declared a national treasure 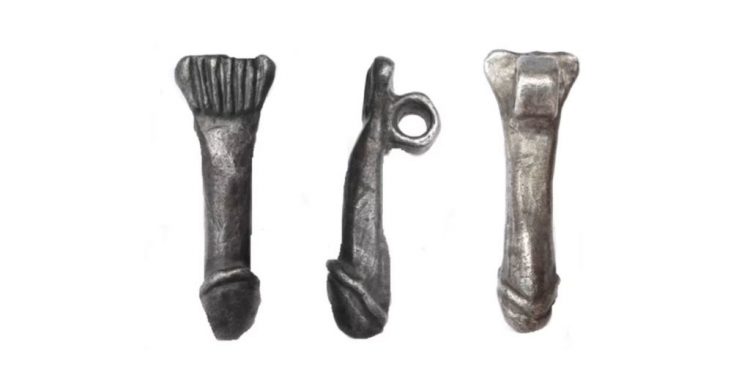 A 73-year-old treasure hunter recently discovered a penis-shaped silver pendant in Kent County, England. Scientists speculate that it was worn around the neck to protect a man from misfortune. The artifact is nearly 2,000 years old.

Ancient Roman writers such as Marcus Terentius Varron (lived from 116 BC to 27 BC) and Pliny the Elder (23-79 AD) mentioned in their writings that the phallus and its images had the power to protect man from evil.

The pendant (or amulet) is about 3.1 cm in size with a tiny ring on top for a lanyard or chain. The find has been dated to the time when the Romans controlled England, between 42 and 410 AD.

Although such penis-shaped amulets were often found throughout Roman Britain, they were usually made of a copper alloy rather than silver, like the one found in Kent. “Being a better metal than copper alloy, silver may have enhanced the phallus’s protective abilities,” Laurie Rogerson of the Center for Antiquities in Britain told us. – Archaeological evidence suggests that their use was very popular in the Roman army.”

The artifact has already been classified as a national treasure.

Astronomers from Japan have found an unknown structure in the galaxy