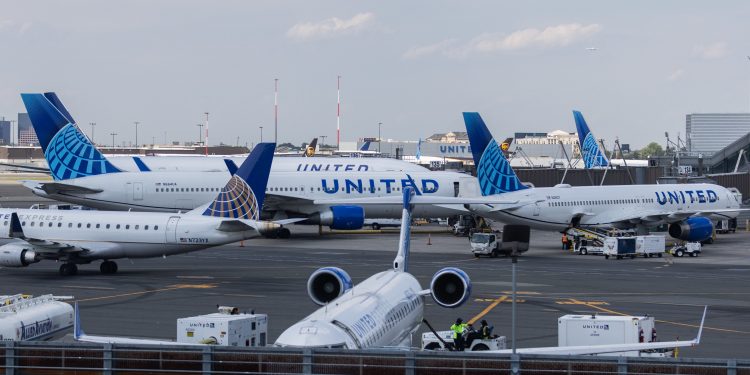 United warned of more delays and cancelations due to an air traffic controller shortage.

As a seasoned traveler, Flavia Acosta Fox is used to dealing with cancelations and delays, but a recent journey with United Airways will forever be etched in her memory.

“This trip was the worst airport experience of my life and I know there were some laws disregarded and broken,” she told Insider after being left stranded in Newark airport for almost 24 hours.

Insider reviewed flight receipts and a screenshot of the airline’s app showing the status of her flight.

Almost all airlines are struggling to meet post-pandemic demand for air travel, resulting in thousands of flight cancelations, lost luggage, and even leaving some stranded in airports far away from home.

“Everything was fine at San José airport in Costa Rica. I even arrived on time in Newark. There we were stranded on the runway for 45 minutes due to a traffic jam, as the pilot called it,” Acosta Fox said.

After getting off the flight she ran to make her connection, but there was no information given for some time.

“Eventually, we got redirected from one gate to another – by signs only. There was no crew present, and once we reached the other gate, the board was saying ‘Cape Town’ – the flight hadn’t even departed,” she said. “Our plane was not in sight, we were waiting for the other one to depart and new info for our flight to Dublin to show up.”

After what felt like “another eternity”, the departure time was pushed four times between 11:15 pm and 1:10 am. “Nobody to talk to in all this time – not one crew member, no info, nothing. I know they must by law display more information, but that did not happen.”

Flavia Acosta Fox was stranded for almost 24 hours at Newark.

The US Department of Transportation requires airlines to tell passengers about a change in the status of a flight within 30 minutes of becoming aware of one on its website and telephone reservation system.

After they finally boarded, at 1:10 am, Acosta Fox said she was very hungry. “Up this point there was no food or snacks or water or anything handed out to us. Most restaurants and food stand were of course closed by the time I arrived that night at the airport.”

Thirty mins after boarding, the crew said the plane had technical problems and told passengers to get off. “That is when we got abandoned,” she said.

Acosta Fox hoped she would be given a hotel room or at least food and be told to come back to the airport the next day. However, all she was told was that “there are no hotels or vouchers left,” and that she had to wait until 6am.

Her flight to Ireland finally departed the following evening. “I was up for over 24 hours at the time of receiving the news that there will be no hotel for me … I was stranded for a total of 23 hours at the airport until I could finally depart for Dublin.”

Acosta Fox said she had not received a response from United and now has fears about her return journey with the same airline later this month.