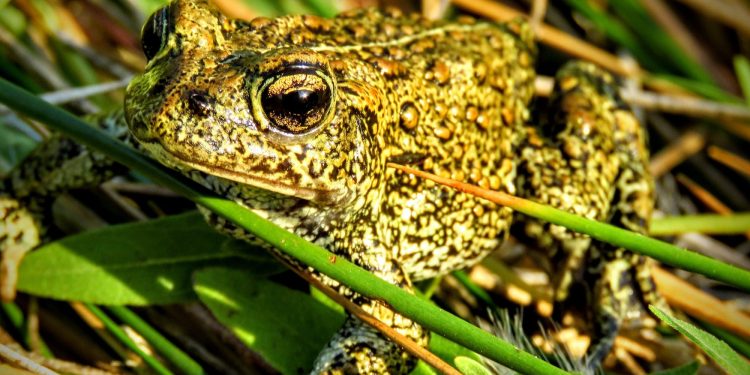 The Dixie Valley toad was given emergency protection as it risks extinction.

A tiny toad could hold up a renewable energy project which a lawsuit alleges would wreck a patch of wetland in the Nevada desert where the animal is found.

The Dixie Valley toad was given an emergency listing as endangered by the US Fish and Wildlife Service on Monday.

That designation put a spanner in the works of one of two geothermal-energy plants planned for the Dixie Meadows of the Nevada Desert.

Both projects are backed by the US Bureau of Land Management, and align with a push from the White House to expand renewable energy production.

The tiny gold and olive-speckled toad is only found in 740 acres of wetland 100 miles east of Reno that is fed by a hot spring.

It faces many other threats to its survival, from predators to climate change. The geothermal-energy plant “poses a significant risk” to its well-being, the US Fish and Wildlife Service said.

The protection lasts 240 days and could be extended, per a press release.

The plant project, operated by Ormat Technologies, is also the subject of a lawsuit filed against the Bureau of Land Management by conservationists at the Center for Biological Diversity and the nearby Fallon Paiute-Shoshone Tribe.

The lawsuit alleges that the geothermal development would risk drying up the wetland, threatening its delicate ecosystem and the toad with it.

A preliminary injunction that paused construction was lifted in February, per The New York Times. Works resumed while a pending appeal proceeds through the federal court system, per The Times.

After the emergency declaration, the Center for Biological Diversity sent a request to the Bureau of Land Management asking for an immediate halt to construction, per the Times, with plans to sue if their request is denied.

The Dixie Meadows in central Nevada.

Geothermal power plants work by drilling down into underground reservoirs of water heated by the earth’s energy, then using the steam to power a turbine.

The conservationists pointed to another geothermal power plant opened by Ormat Technologies in 2011 that dried up a hot spring in Jersey Valley, Nevada, after a few years of operation.

The Fallon Paiute-Shoshone Tribe also considers the wetland sacred, per a press release from the Center for Biological Diversity.

The chairwoman for the tribe, Cathi Tuni, said in a press release: “The United States has repeatedly promised to honor and protect indigenous sacred sites, but then the BLM [US Bureau of Land Management] approved a major construction project nearly on top of our most sacred hot springs.”