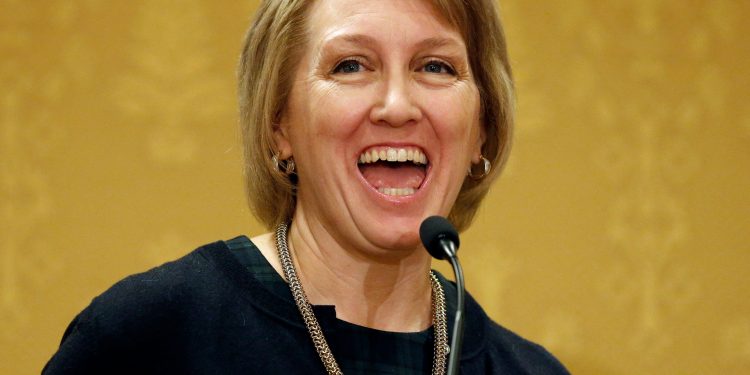 A Utah state representative on Friday said women have the power to control the “intake of semen” during sex.

“I got a text message today saying I should seek to control men’s ejaculations and not women’s pregnancies,” state Rep. Karianne Lisonbee said during a news conference on Friday. She said the underlying tone of the message was that “I clearly don’t trust women enough to make choices to control their own body.”

“And my response is I do trust women enough to control when they allow a man to ejaculate inside of them and to control that intake of semen,” Lisonbee said in response to the suggestion.

Her remarks come as the Supreme Court earlier this week voted 6-3 to overturn Roe v. Wade, the 1973 landmark Supreme Court decision that made abortion a constitutional right nationwide.

Utah is one of 13 so-called trigger states in which anti-abortion legislation was passed shortly after the high court overturned Roe v. Wade. Lisonbee was the sponsor of the anti-abortion trigger bill in Utah.

Since May, abortion-rights advocates have feared that the ruling would drop, after Politico published a leaked draft opinion in which Supreme Court Associate Justice Samuel Alito called the decision “egregiously wrong from the start.”

Abortion, however, remained legal in the United States until the court handed down the final verdict. But the draft itself was enough to put reproductive rights activists and doctors who perform abortions on edge.

By overturning Roe, the Supreme Court has put the question of the legality of abortion in the hands of individual state legislatures and has essentially made it illegal in 23 states to obtain an abortion. There are expected to be added restrictions in several others.

In the days since, a slew of prominent individuals from musician Jack White to lawmakers, such as Rep. Alexandria Ocasio-Cortez, have blasted the decision to overturn Roe v. Wade.

Lisonbee, however, praised the Supreme Court’s decision to overturn Roe, calling it “wonderful news” in an interview with local news outlet KSTU.