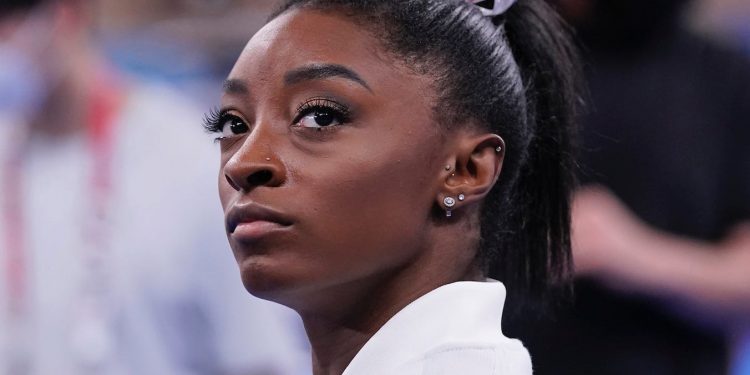 The expectation to perform is huge.

The pressure on professional athletes is immense. Whether racing at 200mph or scoring a last-second field goal that could ultimately decide a game, the expectation to perform is huge.

This adds up to an extremely testing physical and mental workload.

It’s therefore important for athletes to train their minds as well as their bodies, and different athletes have different ideas on how best to do this.

As well as practical advice you can apply in your own life, these examples serve as reminders that our sporting idols can suffer from mental health issues just like anyone else.

Biles said she could no longer handle the pressure and had to take care of her mental health.

US gymnast Simone Biles is an outstanding athlete.

She won 25 world championship medals and seven medals at the Olympics.

At the Tokyo Olympics, she dropped out while the Games were still ongoing.

Biles said she could no longer handle the pressure and had to take care of her mental health — that, she said, was more important than athletic success.

“I say put mental health first because if you don’t, then you’re not going to enjoy your sport and you’re not going to succeed as much as you want to. So it’s okay sometimes to even sit out the big competitions to focus on yourself because it shows how strong of a competitor and person that you really are, rather than just battle through it,” she said in an interview with the International Olympic Committee.

Thomas decided to enroll in college and begin studying the effects of brain trauma in sports.

In the NFL, if you’re not good enough, you’re out.

Some joke that it actually stands for “Not For Long.”

The players’ training is incredibly intense and demanding.

Heavy strength and cardio training, strict nutrition plans, and hours of video analysis can be draining not just physically but mentally too.

Julius Thomas found it all too much. He explained in 2018 in The Players Tribune why he ended his career and is now studying psychology.

“I realized that no matter my material success, I had much work to do internally. I could no longer play to the social ideal of the happy athlete millionaire,” he wrote.

“To realize that life is tough emotionally on all of us. That we can’t grow until we have healed from the traumas of our pasts. I did this by reading and studying from the best minds of our time and the past: Socrates, Eckhart Tolle, Aquinas, Brene Brown, George Mumford, David Hawkins, Dr. King, etc,” he went on.

He decided to enroll in college and begin studying the effects of brain trauma in sports.

The Formula 1 racing calendar is getting busier and busier. This year, the drivers and their teams had to contest a total of 22 races all over the world.

On top of this, there is rigorous training, travel, and public scrutiny. This all creates massive pressure to perform.

Seven-time world champion Lewis Hamilton believes that he’s only able to get through these factors by being extremely disciplined.

“Everything in life is discipline. Everything,” he told Handelsblatt.

He added that it was his father that taught him that.

Family is generally very important to Hamilton, and spending time with them is another way of dealing with stress.

“I try to spend as much time as possible with my family. They keep my mind off things. It would be difficult for me to get through a race weekend without them,” he said.

The current CEO of FC Bayern Munich has a different outlook these days.

In an interview with Süddeutsche Zeitung, Oliver Kahn talked about the psychological stresses to which professional athletes are exposed, and which led to the harrowing suicide of Hannover goalkeeper Robert Enke.

“We didn’t really know Robert Enke,” Kahn said. “Nobody knows what influences played a role: the death of his daughter, genetic predisposition, biographical details, or even completely different reasons,” he said.

“I found solutions, always spoke openly with confidants. When you isolate yourself, it becomes dangerous. I never did that,” he said.

In the interview, the goalkeeping legend also said that he had sought out pressure in the sport, as he says it enabled him to perform better. In his playing days, Kahn was seen as an extremely intense player who would do anything to win.

The current CEO of FC Bayern Munich has a different outlook these days.

“There is nothing in life that is worth breaking yourself for. Today, I’d say the most important thing in an athlete’s career is not taking yourself and everything else too seriously,” he said.