3 police officers were rushed to hospital after suspected fentanyl exposure. Experts say anxiety attacks could be to blame as secondhand overdoses are an urban myth. 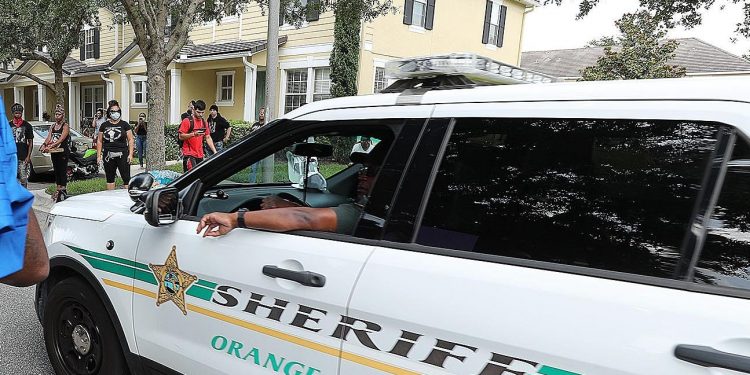 The Orange County Sheriff’s Office in Florida said that three of its deputies had to go to the hospital due to possible exposure to fentanyl.

After coming across the drug while searching a vehicle, the deputies became dizzy, deployed Narcan on themselves as a precaution, and rushed to the hospital on Tuesday, the sheriff’s office said.

Fentanyl is a synthetic opioid that is 50 times more potent than heroin.

In recent years, several stories have emerged about police officers fainting or overdosing after coming into contact with fentanyl, such as in a viral video published by the San Diego police in 2021.

While the dangers of fentanyl are well documented, with large numbers of overdoses linked to the drug, experts have cast doubt on whether it is possible to overdose from secondhand contact.

Dr. Ryan Marino, an expert of toxicology and addiction medicine at University Hospitals in Cleveland, told The New York Times that “the only way to overdose is from injecting, snorting or some other way of ingesting it” adding “you cannot overdose from secondhand contact.”

Some experts have suggested that the frightening symptoms experienced by police officers after alleged fentanyl exposure, such as dizziness and heart palpitations, could be panic attacks, as Insider’s Erin Schumaker previously reported.

“Passive exposure to fentanyl does not result in clinical toxicity,” Dr. Lewis Nelson, the director of the medical toxicology division at Rutgers Medical School, wrote in a STAT News op-ed in 2018.

“They aren’t consistent with the signs and symptoms of opioid poisoning — the triad of slowed breathing, decreased consciousness, and pinpoint pupils,” Nelson wrote.

Experts have suggested that police forces and news outlets have contributed to a misinformation problem by publicizing unverified reports about officers collapsing or overdosing from fentanyl exposure.

The theory that police officers’ reactions could be panic attacks was explained by The New Republic’s “The Politics of Everything” podcast, which said anxiety fueled by misinformation about fentanyl could be the cause.

Appearing on the podcast, Patrick Blanchfield, an associate faculty member at the Brooklyn Institute for Social Research who specializes in psychoanalytic theory, compared it to incidents of hysteria in the 19th century or early 20th century.

Blanchfield explained that police officers might be experiencing a conversion disorder when intense stress is converted into physical symptoms.

He said that he didn’t think the officers were exaggerating or collapsing on purpose and that the symptoms would feel authentic to them.

Misconceptions about the secondary effects of fentanyl could be harmful by causing people to delay or avoid providing help to others who are overdosing out of fear for their safety, experts have said.